How long do you spend rehearsing a difficult conversation in your head before you actually say the hard thing you need to say? If you feel upset, angry or devalued, about what was said or done to you, does it take your mind over, over and over, for hours and perhaps days? You might be thinking of how to say, “You’re a jerk,” “You’re wrong,” “You never think of anyone but yourself,” “You #*%&!” You, you, you…. And so it goes.

The fact is, the minute you use the word you as an accusation, the person is put on the defensive and can’t hear anything else you say. The mind’s fight or flight capacities get activated and there you are in the middle of a power struggle, showdown or worse. If your goal is to be heard, understood, and to have your opinion considered, there’s a better way. Whatever the relationship you’re in, communication experts tell us that the best way to say the hard thing is to use another approach: an “I statement.”

So what is an I statement anyway? An I statement describes how you feel. Your feelings aren’t right or wrong, they’re simply your feelings. To make an I statement, you have to first figure out what your feelings are and own them. This takes the focus off of what the person did and onto your reaction; you take responsibility for what you’re feeling. This is a lot harder than blaming it on the other person.

“You statements” include: “You’re stupid,” You’re wrong,” “You should be ashamed,” “You didn’t do what you were supposed to do.” These types of statements are emotionally intense and set you both up for a power struggle. It’s important to remember that the person you’re relating to is another adult and there’s no reason to shrink your vocabulary or hand your power over to them even if they try to treat you like you’re inferior somehow.

I Statements include, “I was hurt,” “I’m afraid,” “I feel sad,” “I was angry,” “I felt upset when you said….” Say it this way and you take responsibility for your feelings, you’re being personal and expressing yourself with honesty. You’re also heading toward a more successful conversation. And “I feel like you’re a jerk” is not the kind of I statement we’re talking about here!

In her book Rising Strong, researcher Brene Brown says that we’re happier if we believe that others are doing the best they can all the time. Can you imagine that this person who upset you actually was doing their best at the time? It may be a new perspective, but worth trying out. Being vulnerable enough to let someone honestly know how you feel can not only help you tap into your own power, but also to send the message that you care enough to make your communication more powerful, and thus more effective as well. Brown would say you’re being openhearted. I would say you’re just being smart.

While there are the rare people in the world who would say, “I don’t care what you think,” most of the time using I statements is a recipe for success. And who doesn’t want that? The “I’s” have it!

Louise Dimiceli-Mitran is a counselor and music psychotherapist in Chicago. Make a statement by visiting her at www.rhythmswithin.com. 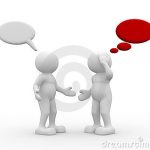 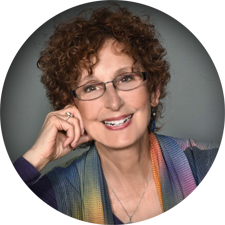